‘On Brexit, and Ignoring the Advice of Uncles’, as Montaigne might have written … 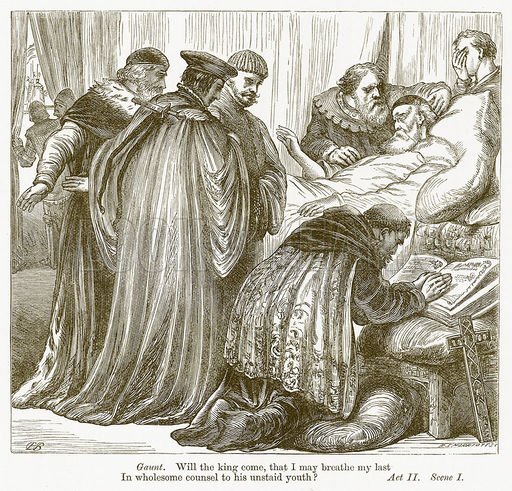 Richard II plays against the backdrop of an enormous cosmic clockface.  Our poetic but ineffective, spiteful monarch ends act I cynically hoping to arrive too late; he begins act II suffering the consequences of being early, getting an earful from his uncle.

What Richard does miss, though, is Uncle Gaunt’s remarkable crie de couer on the state of the nation.  It’s an interesting, beautiful swansong, the breathless anaphora creating a crescendo of patriotic fervour – but I have three issues with it.