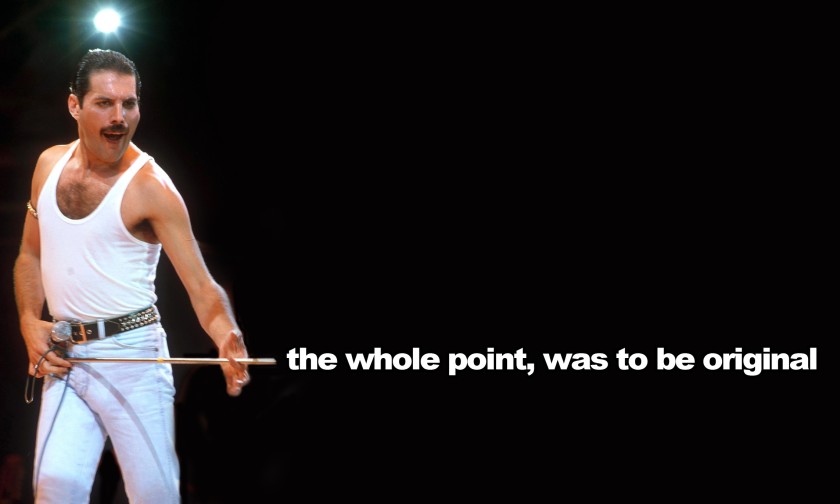 Larger than life.  One of a kind.  Brash on the outside, to mask an inner vulnerability.  The ultimate showman, whose memory lives on long after his death.  Freddie Mercury is all these things, too …

I’ve arrived at Richard III, the first play in my read-through that I know well, with a sense of awe, almost a fear of not doing him justice.  Unusually, I’m as tentative as I might have been had I met him with a pathetic autograph book in my hand (or Mercury, whose death in 1991 touched me as few other celebrity deaths have:  Prince and Sir Terry Pratchett are the only others that I register, emotionally).  My relationship with Richard grows more obsessive and complex every time I teach him, and my recent book-buying seems unconciously centred round the historical Richard and the major players in his accession and downfall.  I’ve also realised there is no way I can do this in the usual 1,000-ish-words-per-act format, so all I’m going to do is try to avoid 1,000 words-per-scene, if I can.

How has Shakespeare done this to me?

END_OF_DOCUMENT_TOKEN_TO_BE_REPLACED

In Act I, I wondered about how Richard might respond to the loss of the father he seems so close to, and explored the ongoing death of chivalry and nobility.

It seems an eternity since that I fell into this play, full of fears for my adopted country, and so it has been. My views on how work has impacted on my ability to blog over the last month or so probably need to wait until I’m not feeling as ‘wasp stung and impatient’ as Harry Hotspur. Anyway, as we hit the end of this play my fears for England have receded, at least. In fact, I’m struggling to feel fearful at all. I’m a spectator, but a fully engaged one.