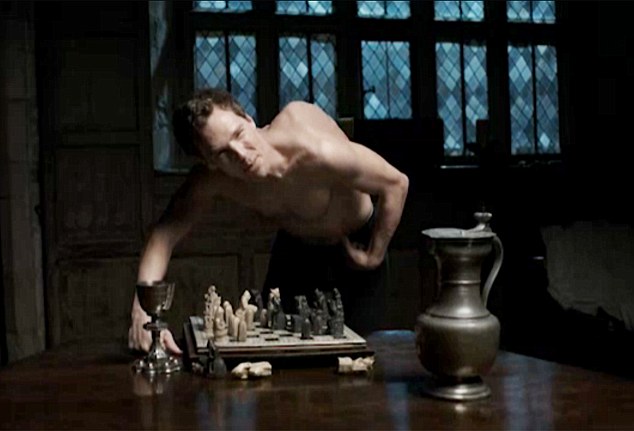 If this is the first time you’ve read an essay here, please take a look at this post before proceeding.

This essay was set as the first assignment for my KS5 class this year – on the OCR specification.  Student submissions were therefore marked on the following criteria:

Richard’s unscrupulous ambition and misogyny is balanced, in Act 1 scenes 1 and 2, by his facility with words and mischievous, almost devilish sense of humour.

AO3:  Understanding of the role and influence of Context (10%)

“There is as much to admire as there is to loathe about Richard.”

Although one of Shakespeare’s earlier plays, Richard III still demonstrates the playwright’s ability to create marvellously complex characters. Superficially, Richard is a character created for the audience to loathe, not least because he is the last remnant of the disastrous Wars Of The Roses (and readers cannot ignore the role of propaganda in a history which was originally performed before the grand-daughter of the eventual victor). And yet, every tragic hero needs admirable, noble qualities as much as they need the classic fatal flaw (hamartia) which brings them down.  The playwright’s task is to introduce us to both as soon as possible.  Richard’s unscrupulous ambition and misogyny is therefore balanced, in Act 1 scenes 1 and 2, by his facility with words and mischievous, almost devilish sense of humour.

Uniquely, Richard III opens with a lengthy soliloquy, which takes us into his confidence and is designed to provoke feelings of empathy.  Creating the image of a warrior and a ‘doer’, Shakespeare employs a series of plosives to show Richard’s scorn for the aftermath of war. An example of this is when Richard states: ‘Why, I, in this weak piping time of peace’. The hard sounds suggests sarcasm to the audience: perhaps the iamb/trochee combination ‘this weak’ and ‘piping’ emphasise his contempt (and his relish for conflict), as two hard consonants confront each other. In the BBC’s 2016 adaptation, the director had Cumberbatch visibly spit to emphasise Richard’s distaste for peace. The adjective ‘weak’, thus used, implies that Richard is ‘strong’.  The second adjective ‘piping’ connotes the rural, pastoral ideal: an antonym to the harsh trumpets of the battlefield.  The Elizabethan audience, fearing a return to civil war when their queen died, might disagree with his assessment of peace whilst still admiring and empathising with the implication that he is a man of action and energy, should the need arise.

Yet the soliloquy balances this war-like nature with an aura of helpless vulnerability that provokes sympathy – at least for modern audiences.  During the early modern period, spectators recognised Richard’s disability as an external manifestation of loathsome, inward evil, however today our attitudes towards the disabled are more enlightened and forgiving. This change in attitudes is evident even in modern times by looking at two BBC productions:  Cook (1983) was dressed in black as an evil signifier but scarcely inhibited in his movements, whereas Cumberbatch (2016) is half-naked and grotesquely malformed, for an audience who will view this disfigurement more compassionately. Our modern empathy is amplified by a subtly passive semantic field of adjectives when Richard lists his disadvantages, including ‘cheated’, ‘unfinished’, ‘deformed’ and ‘curtailed’. These serve to emphasise that Richard views himself (in the privacy of the soliloquy) as a victim of circumstances beyond his control. Further, they all hint at a real potential in Richard, thwarted through Fate, Destiny or indeed some other super-human entity, such as God. Our admiration might increase because of Richard’s triumph over adversity.

Having created a sense of dramatic irony through the opening soliloquy, Shakespeare juxtaposes admiration and loathing in our first views of Richard the family man and Richard the lover.  Richard’s short interview with Clarence is despicable and yet we admire his audacity. An excellent example of this is when Richard assures his brother that ‘this deep disgrace in brotherhood / Touches me deeper than you can imagine.’  The entire quotation is a confession of guilt which Shakespeare has Richard dangle in front of Clarence’s unwitting nose. This also fulfils the important function of showing the Tudor audience another potential Yorkist King as unfit to rule because of his sheer stupidity.  Clarence could not be further from the truth in assuming the abstract noun ‘disgrace’ to be his imprisonment, or that Richard is ‘touched’ by anything more than amusement – as indeed are we, despite the seriousness of the situation. In performance, both Cook and Cumberbatch embrace their respective brothers at this point, but the latter takes the opportunity to break the fourth wall by looking straight to camera as he does so, almost in disbelief at Clarence’s gullibility. This in many ways encapsulates Richard’s appeal. This look, enhancing Shakespeare’s repeated soliloquies, make us accomplices in his loathsome march to the throne.

Richard’s disbelief at his own success increases by the time we have seen him finish ‘wooing’ Anne. The audience might share the almost jubilant incredulity of the two questions that open his soliloquy in Act 1 scene 2, and yet we are cut short with his next confidence: “I’ll have her, but I will not keep her long.”  Both verbs, ‘have’ and ‘keep’, dehumanise Anne, removing her choice and perhaps reflecting the position of the noble, well-connected widow in the late 16th century. As we get to know the ruthless Richard better, we understand that the phrase ‘will not keep her long’ is a euphemism for her premature death, perhaps as soon as she has provided a male heir, to begin to establish a dynasty. On the other hand, this obviously temporary union may lend legitimacy to his push for the throne, appeasing remnants of the Lancastrian cause. In either interpretation, it is notable that Richard’s calculating nature is also demonstrated by the fact that the line is delivered in perfectly controlled iambic pentameter, suggesting no trace of guilt or remorse in his plans to use and then discard Anne.  The lines are also noticeably certain in their delivery, allowing no room for consideration that Richard will not succeed in his outrageous plan.  We should not forget that Richard persuades Anne – a single woman, alone – to meet him at his home, Crosby House, with enormous implications for her reputation in the Renaissance era.

Overall, there is easily as much to admire as there is to loathe in Richard during the early part of the play.  Perhaps the most effective technique Shakespeare employs is the soliloquy.  Its frequency – and Shakespeare’s decision to start the play with it – creates and sustains a conspiratorial empathy which is hard to shake off in the opening act, even as Richard’s distasteful methods are used to overcome those weaker than him.  As the play progresses we look with interest towards the point when loathing does overpower any sense of admiration for him.