Like so many annual festivals, Father’s Day is, I suppose, all about perspective.  It certainly has a different resonance now I am a father myself, and with my eldest son getting married soon, there might come a time when it means something else entirely …

A little research suggests that the secular celebration is less than a century old in the US (far after Mother’s Day was established, incidentally), and only common in the UK after the Second World War!  That said, Catholics have been commemorating the Virgin Mary’s husband, St Joseph, since before Shakespeare’s day.  And of course, we shouldn’t forget the fifth of the Ten Commandments: ‘Honour thy father and mother‘.

Rather than write something mawkish about the way I am turning into my dad, or about my sons, I wanted to think about fathers in the 16th Century …

So I thought.  And over-thought.  I found plenty of questions, but no easy, universal answers.  Just things to consider as I amble through each play.

With my etymological hat on, I began thinking about all the words that might be associated with the notion of fatherhood.  Patriarchy; patrimony; patrician; parricide; and patron/patronage, of course.  One of the common connotations is to do with the power imbalance inherent in the relationship. 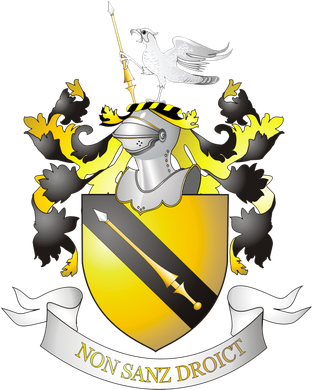 The latter – patronage – seems especially important for the Tudors.  Marlowe didn’t seem particularly attached to his father, John, but like all ambitious, gifted young men of the age he sought a surrogate father, in this case Walsingham, to supply what the Canterbury shoemaker couldn’t.  Shakespeare, on the other hand (whilst he courted patronage as a poet and playwright) clearly had a connection to his respective John, the glove-maker: he sought, at length, to ennoble his father.  ‘Non sanz droict‘ – not without right – is the motto the family finally assumed in 1596.

Fathers are everywhere in Shakespeare’s plays, as are surrogates/patrons – my favourite has to be Falstaff, of course.  But they are particularly interesting in the comedies and the problem plays.  And a father or a quasi-father is never just that in Shakespeare:

A Midsummer Night’s Dream sets up a familiar, even typical, Shakespearean theatrical landscape: desire – feminine, rebellious, deserving sympathy – challenges authority – patriarchal, hierarchical, somewhat too obsessive, but demanding and deserving of respect. At stake are the analogous orders – political [i]and[/i] ontological – of the microcosm (family, father) and the macrocosm (state, sovereign, nature, reason). [a]

Even after the Reformation the Tudors retained the concept of the ‘great chain of being, as a means of social control which was designed to maintain the social structure and to keep the lower orders in their place. It was symbolically portrayed as the ‘tree of the commonwealth’, depicting a society rising from its peasant roots up to the monarch at the apex. Another political representation of society was the family. The commonwealth was seen as a family, with the monarch as the father. As children obey their father, so all citizens were expected to obey the monarch, who in return, protected and cared for them. The whole of society was made up of families. Social harmony and stability depended on the ability of the father to maintain order within his household by controlling his wife, children and servants. At the same time it maintained the patriarchal view of society, with women being strictly subordinated to men. [b]

If the family is a microcosm of the state, what are we to make of all those situations where a daughter wants the freedom to choose her own destiny in a way that Gayle Rubin would approve of?  Perhaps this self-determination is analogous to England’s break from the Catholic church?  Or can we map the independence to Elizabeth I’s refusal to co-operate?  It feels like a delicate balance to strike – literature often functions to reinforce social power structures (with rebels often coming to bad ends; carnivalesque disruptions of hierarchy being temporary; or with the tragic hero’s death being accompanied by a restoration of order).

When the challenge to authority that James Kavanagh describes is successful, is that dangerously encouraging?  When the father, or surrogate, is abandoned – as Falstaff is in an almost Marlovian fashion – is there a message for us too?