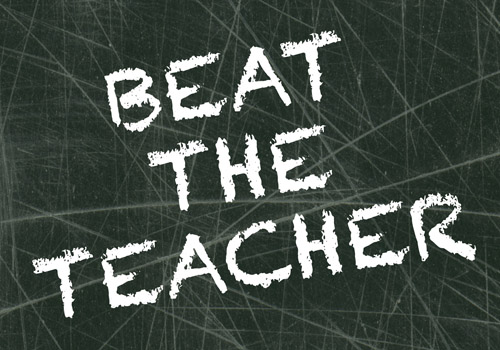 I know this; and thus I challenge it. (Henry V)

How do you get a bunch of giddy Year 8s to do some ‘proper’ contextual research for HW, rather than just ripping stuff off Wikipedia, printing it without actually reading it?

This has been driving me a little up the wall – OK, a LOT – since I started teaching.

There’s always one.  Actually, there’s always a few, GRRRRRR!   Sergeant Short-Cut.  Captain Copy-and-Paste.  Then, in later years, we get Private Plagiarise.  And that sort of ‘research’ is absolutely pointless.

“Hey, Sir, lighten up: in the 21st Century, children need to know the difference between, and peculiar qualities of, eighteen different kinds of guns for Call of Duty purposes, not who our Prime Minister is!”

… let alone things about the differences between ‘kinship’ and ‘companionate’ marriages.

Yeah?  Well, it riles me because I like to think I’ve been pretty assiduous in my research over my life: I’ve read, online and on paper, like a man whose life depended on it, made copious notes, again using technology where it helped, and now I know things, I remember things.  Not just which search term to enter into Google.   DO NOT get me started on recent discussions about who Marilyn Monroe was …

So – and God knows if this is going to work or not, but determined to neither spoonfeed nor accept the Ctrl-C, Ctrl-V epidemic I usually endure – I set my lovely Y8s a challenge for homework last week, as a prelude to starting Much Ado About Nothing this week.  They were given seven days to research the Early Modern Period, focussing mainly on Religion, Crime and Punishment, and Families, then produce a quiz (knowing, obviously, the answers).  The quiz will get delivered to a peer, last thing today, but the real challenge was to have one (reasonable) question in there to ask me.  I then ‘scalp’ them … or they ‘scalp’ me.

The lure of besting me has, it seems, proved irresistible.  God only knows what obscure questions are going to be launched in my direction later today!  And, as any teacher knows, you’re never at your best, last period on a Friday.  Half an hour later, in the pub, with a decent ale in hand and half-emptied, maybe.  But at 2:45?  Forget it.

I’ll certainly report how things went, and the kind of questions I was asked, if I survive the ordeal.