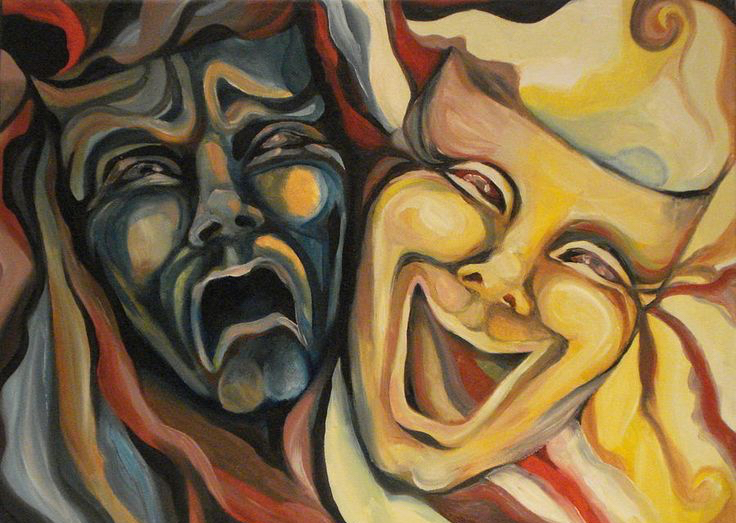 Over the past year I’ve used the question ‘What’s in a name?’ more than once, dismissing labelling in its many forms, but this feels the best way of articulating my unease with The Two Gentlemen as I finish the play …

Sitting in Bedfordshire, almost 250 miles from my library, I don’t have any nice definitions of the comic genre to hand, except the one by Jonathan Bate (above) that has been living in my head for years.  In class, I’ve been known to work with students to produce ‘recipes’ or ‘blueprints’ for Senecan/Elizabethan Tragedy, which usually feature things like:

Were we doing the same for Comedy, I wonder what we’d include.  Perhaps, off the top of my head:

So, what is the difference between the Comedy and the Problem Play?  How can I use this to define my dissatisfaction with the play?

His assault on Silvia, accompanied by use of the word ‘force‘ twice and a shift from ‘ye‘ to ‘thee‘ to make sure we’re in no doubt about his lack of respect for her consent, comes very late.  Too late, I think.  I said in the last Act that I felt there were times when I wanted to write in the margin ‘Are you running out of time here?‘.

Compare it to Don John‘s dastardly deeds in Much Ado, or to the trick played on Malvolio in Twelfth Night:  these occur a good deal earlier in the play.

So, Time’s not on Shakespeare’s side.  The antagonist, Proteus, is in no way brought to book (point 8). Personally, I think it takes a bit more than a rhyming couplet to bring a bad guy to his knees.  Compare Valentine:

‘The private wound is deepest.  O time most accurst,

With Benedict in Much Ado, talking to Don Pedro about the bastard prince:

Think not on him till to-morrow:
I’ll devise thee brave punishments for him. (V.iv)

Admittedly, this is the last speech in the play, but it has an element of menace in it, not unlike Malvolio’s:

The point is, there is going to be some comeback.  Not an ultra-Christian forgiveness – in fact a complete turning of the other cheek.  Here, slap this one too!

So, let’s look at that moment.  The Arden Third looks like this:

‘And that my love may appear plain and free,

And it’s one of those usually fun but occasionally frustrating pages where 6 lines of text are swamped by annotation which take up the remainder of the page!  Arden glosses several alternatives.  For my money, Valentine offers an equivalent love to the one he has for Silvia.  NOT Silvia herself.  Let me give you a couple of other quotations to ponder:

‘All these same-sex friendships are changed by romantic desire and ultimately marriage’. Edward C Carroll

A play was not a fixed thing:  it was a fluid, evolving event that took place many times on Elizabethan stages.  Contributions to that event were made by a writer who sometimes changed his mind, by actors who had ideas and impulses of their own, by travelling players who altered the script as they toured different venues, and by compositors who set into type handwritten manuscripts of various degrees of legibility.  Peter Saccio

I include the second one as a caveat to my theory, which is this:  if, IF Valentine intended to offer Silvia to his suddenly-repentant mate, the line would look better like this:

With the admitted difficulties that Saccio highlights, I believe what Valentine is offering to do is give Proteus equivalence in his affections.  If otherwise, at least three things make no sense whatsoever:

I’m simply not prepared to believe that Silvia’s last line takes place as Proteus attacks her, especially if the ‘offer’ is of her as a physical gift to her attacker (line 59), and that she just stays on stage for the rest of the play (another 112 lines).  It could be, of course, that she is numb from the attack, and who wouldn’t be, but even after the general reconciliation and her father’s consent, she is as silent as Isabella in Measure For Measure, one of the ‘problem’ plays.  Silence is not, by the way, consent.  Silvia could never agree to a sanctioned attack by Proteus, and she wouldn’t love Valentine any more if it were offered …

Nor can I accept Julia’s willingness to get together with this attempted rapist.  Really can’t. Shakespeare isn’t a misogynist – third time I’ve said it in reference to this play – but how can he take two decent, well-rounded female characters: the loyal, loving Julia; the smart and principled Silvia, and give them such short shrift at the end?  Maybe the answer is simply, PATRIARCHAL SOCIETY.  We see this evidenced in the Duke’s exchange with Valentine, which we see echoed even today in our traditional marriage ceremony:

DUKE:     ‘Take thou thy Sylvia, for thou hast deserved her.’

‘Who gives away this woman?’  Gayle Rubin seems to have it right in describing a ‘traffic in women’ (and this might support theories about the offer of Silvia herself to Proteus after all) …

Either way, I won’t forget Silvia and Julia as I go through the plays, and whilst not necessarily believing that Shakespeare didn’t like them, I will continue to wish that he’d found better endings for them both in this early ‘Comedy’ …

Next up?  We abandon any pretence to fun amid the grit and gore of Titus Andronicus – I can’t wait!

Gayle Rubin, ‘The Traffic in Women:  Notes on the “Political Economy” of Sex‘ (1975:  accessed at https://summermeetings2013.files.wordpress.com/2013/04/rubin-traffic.pdf