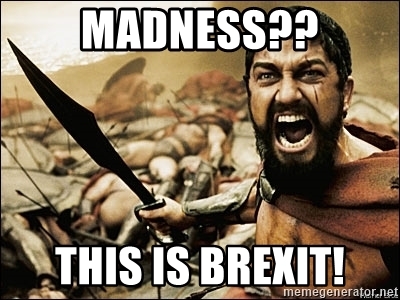 My fears for Arthur Plantagenet were more or less realised as Act II began, universally  patronised with the soubriquet, ‘boy’ and a quasi-contemptuous ‘thy’ by his father’s killer, Austria.  And I still sensed that the real quarrel is between Arthur’s mother, Constance, and Eleanor – otherwise why would she come along?  Never mind Iron Maiden‘s ‘Bring Your Daughter (to the Slaughter)‘ – how about ‘Bring Your Mother’? 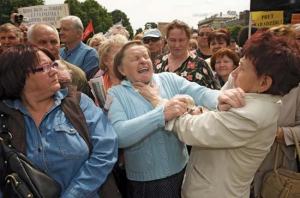 And the women are not silent onlookers.  I have to say I quite enjoyed the ‘handbags at dawn’ squabbling that follows – first the women bait each other with accusations of infidelity, and then – fittingly enough – the Bastard jumps in to taunt Austria in a way that Harry Hotspur would be proud of.  Who IS a silent onlooker?

Instead of breaking up the unseemly spat, it falls to King Philip to assume the higher moral ground (admittedly on Austria’s appeal) and get back to the business at hand:

Austria certainly lost the opening salvo with the Bastard – not only did he ask for Philip’s help, he also twice asked the Bastard’s name without receiving an answer – a clear indication, I think, of who had the better of the exchange.

But it’s the women who dominate – there’s clearly no love lost between mother-in-law and daughter-in-law, who resume with stichomythic vigour:

ELEANOR:          Thou monstrous slanderer of heaven and earth

There’s plenty at stake for both these mothers – after all, ‘The Hand That Rocks The Cradle Rules The World‘ [b], right?  Constance seems to have the better of the second exchange, lengthily equating Eleanor with a plague, something that always strikes me as a bit more serious in the 1590s than it might be now.

What on earth must the citizens of Angiers make of all this?  Imagine being asked to choose between these two groups of bickering sophists.  There’s hardly a hair’s width between them, apart from the healthy dollop of Project Fear that accompanies the French position.

Actually, that’s not dissimilar to the UK’s two main political parties on Brexit, at the time of writing … sigh.

Faced with ‘Hobson’s choice’, I literally wrote ‘Bravo!’ next to the Citizen’s declaration that they have had enough:

If only we could, similarly, dissociate ourselves from the chaos rampaging amongst our political class.  John has found, quite quickly, that physical possession of the crown – like perhaps being our current Prime Minister – is not the mandate he thought it was.

The more I see of him, the more I like the Bastard.  I think he grasps the insanity of the moment – in King John’s time and now – by mischievously suggesting that the warring parties destroy the very thing they are fighting over before resuming hostilities.

‘Turn thou the mouth of thy artillery,

As we will ours, against these saucy walls;

And when that we have dashed them to the ground,

It’s an absurdity straight out of the Monty Python playbook – and at the same time, laugh or cry, it’s exactly what we are having to endure as a country here and now:  Figure John and Philip as Theresa and Jeremy, and the picture is complete: Great Britain a sandcastle on the edge of Europe with the tide washing away jobs, public services, and most importantly of all, our democracy. 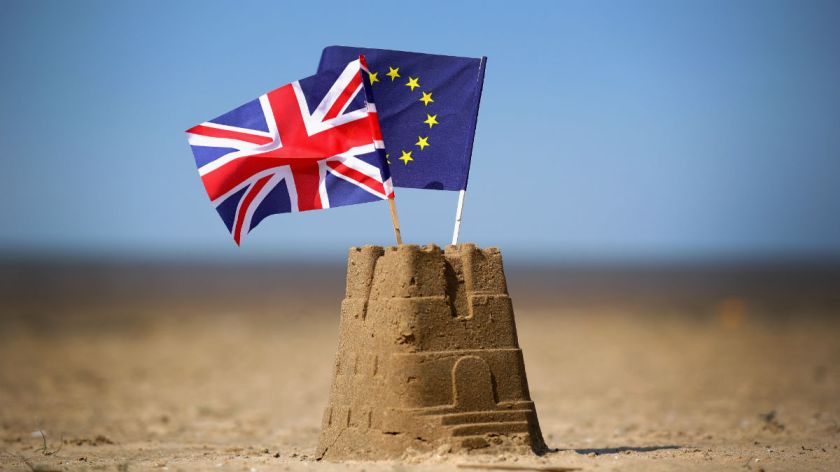 It’s remarkable that ‘the will of the people‘ is adopted in this context.  Or maybe not.  There are reasons for doing battle, and then there are REASONS for doing battle.  Arthur, a pawn in a big boys’ game by sheer accident of birth, is palmed off with a dukedom – mostly because they are scared of what his mum might say.  This is, absolutely, us – the ordinary people of  (formerly) Great Britain.  John keeps his life title to England, which is I guess all he wanted, but at an unconscionable cost.  The real winners are Philip and his son.  They’ve pretty much regained control of their borders by the simple expedience of disputing John’s title to the English crown.

The Bastard, increasingly acting as a Choric voice, finishes this enormous one-scene act by lambasting:

Depressingly, but pragmatically (and here the similarity with Hotspur ends), he understands that Commodity can’t be beaten, only adopted:

‘Since kings break faith upon Commodity,

A bleak ending that – then and today – neatly encapsulates the anger of those who have been left behind whilst our ‘betters’ squabble amongst themselves, whilst our democracy no longer serves us, whilst so many people feel there is no-one left to represent them or to trust …

[b] William Ross Wallace, ‘The Hand That Rocks The Cradle’ 1865) https://en.wikisource.org/wiki/The_Hand_That_Rocks_the_Cradle