Sometimes we need to be reminded that our historical figures are human beings.

This week’s quotation is taken from Garrett Mattingly, The Defeat of the Spanish Armada (ed. J.H. Elliott), (The Folio Society:  London, 2002)

This is just a humble tavern, and we’ve no real pretensions to royal patronage.  Prince Hal, of course is a regular, but he doesn’t behave very … ahem … regally, when he’s here, Lor’ bless and keep him.

But like every good English ale-house, we do have a portrait of Good Queen Bess behind the bar, and it’s this one.  This week, I’ve been thinking about Elizabeth I …

Nowadays, Macbeth is the only Jacobean play I’m teaching.  We (I) talk about Elizabeth , of course: sometimes referencing her speeches either at Tilbury or the ‘Golden Speech’ to parliament; often returning to the succession question; considering the theatre’s role in subverting the Treasons Act of 1571; or noting her relationship with Leicester, more frequently, with Essex.

What rarely tends to get a look in are:

a) the Armada (perhaps I’ll look at this another time); and

b) more pertinently this week, Elizabeth as a person, rather than a set of abstract concepts and vaguely-related facts

Over time, I’ve built up a pen picture of sorts – when I stop and think about her, it’s always with awe.  She must have been an absolutely incredible person.  Time after time, I’ve read passages in books where she has frustrated men (pretty muchy always men, in this patriarchal world): suitors, diplomats, counsellors, even favourites into metaphorically pulling their hair out.  She was the product of a fraught childhood which I think will have fostered her skill in obfuscation – one which puts our dismal Prime Minister (who has never answered a direct question in her life) to shame.  Here was a woman who knew who to put real style into not answering questions!

I read these passages and often smile, occasionally chuckle, at remarks made by these exasperated men after their fruitless audiences.  She was intelligent, incredibly articulate, simultaneously utterly fascinating and frustrating too.  Here’s what Mattingly has to say (with my emphasis) – incidentally, this book won a Pulitzer Prize: 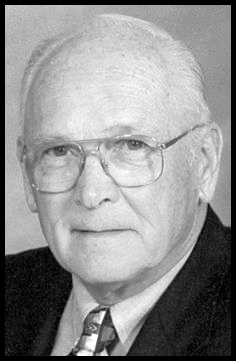 Neither the shrewdest of her diplomatic adversaries nor her own intimate councillors ever succeeded in reading the mind of Elizabeth Tudor.  No one can pretend to now.  She was complete mistress of the politician’s art of using words to conceal meaning.  On public questions and on personal relations she covered sheet after sheet with her vigorous scrawl, winding her sentences like an intricate coil of serpents about her secret conclusions, hinting, alluding, promising, denying, and at last gliding away from the subject with no more said than served her purpose.  In council and in public negotiation she permitted herself at times the frankest outbursts, the most vehement outpourings of personal emotion, apparently unrestrained, and those who knew her best were the least certain that they had netted from the torrent of her words the smallest fragment of her real intentions. (p.27)

At the same time, she fostered and maintained an incredible worship-cult, not just amongst her courtiers but us poor drinkers at the Boar’s Head, too: she was one strand of the nation’s DNA, inextricably linked to love of country, too.  I’ve read several contemporary stories of her common touch, her ability to demonstrate empathy with ordinary people who found themselves confronted with Gloriana and dried up.  I think, also, that if we look at how she dealt with her adversaries, there is a humane streak.  Lytton Strachey‘s Elizabeth and Essex:  A Tragic History (1928, Chatto & Windus) describes well the difficulty she must have had in finally resolving to execute Essex, and the grief she experienced afterwards.  It also seems apparent that she didn’t rush to kill her dangerous cousin, Mary, Queen of Scots.

We recently saw nods to her in the gracious Duke Theseus in A Midsummer Night’s Dream (which she almost certainly will have seen, perhaps in it’s first performance).  Shakespeare must have seen something of her in action, and I believe that she (and James) increasingly begin to ‘season’ his plays, like a subtle pinch of herbs.   This week’s reading reminded me to think of her more as a human being now and again, and less like the looming, stuffed shape of the Armada portrait …