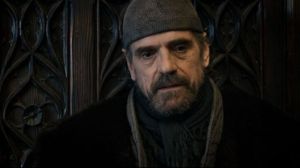 It’s almost impossible to check in my earlier hostility to Henry Bolinbroke at the door; I take grim satisfaction at the suggestion that he’s ‘shaken’, or ‘wan with care’ as the play opens. [a]  He deserves it.

Not that I believe him …

Actually, looking back, I promised to crucify you (Henry) at the end of Richard II … OK, here goes.

He was a slippery, unscrupulous chancer then, and his opening speech is a masterclass of misinformation, fake news and false promises.  Still ‘relatable’ in 2019 … ?

Take the long-advertised crusade, surely an exercise in expiation, trying to appease the Big Fella for usurping the crown.  Actions speak louder than words, Henry.  Which is just as well, right?  Shakespeare has Bolinbroke contradict himself in a scant 8 lines – a feat our modern politicians would be proud of.  Are you watching, Boris? He goes from:

‘Forthwith a power of English shall we levy’

‘And bootless ’tis to tell you we will go’

without blinking. And he knows only too well what happens when the king leaves the kingdom. Whilst the cat’s away, the rebels play …

I think we have to conclude that the crusade was a giddy campaign promise, an aspiration, a vote-winning manifesto pledge that he had no intention of fulfilling. I find it implausible that like ‘night-grown mushrooms’, the threats from Wales and Scotland have taken him unawares. [b]  Yes, Henry Bolinbroke – you ARE Boris Johnson, and currently that’s the worst insult I can think of.

In this, arguably the most Welsh of the plays – Henry V vying for the title – and with my Dearest Partner of Greatness being Welsh, my mind has often boggled at the thought of the ‘beastly shameless transformations’ committed on the corpses of Glendower’s victims: the historical record suggests that the women: 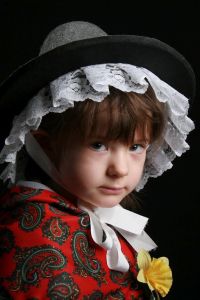 ‘cut off their privities, and put one part thereof into the mouths of euerie dead man, in such sort that the cullions hoong downe to their chins; and not so contented, they did cut off their noses and thrust them into their tailes as they laie on the ground mangled and defaced.’ [c]

IF that is true (ouch) and not propaganda, it gives testament to the national memory of Edward I’s depredations on the principality. But interestingly, the defeat to the Welsh is overshadowed by the victory over the Scots. Why?

That’s why. Sometimes you have to sit back and admire Shakespeare’s decision-making as well as his writing. It seems so obvious, NOW, to pitch the two Harrys against each other, and a glorious contest it is too. But Shakespeare will have been perfectly aware that in fact the Prince was significantly younger than his antagonist: 16 to 39, respectively in 1403: the year of the Percy rebellion. The comparison is an unfavourable one for our young royal, as his father makes clear.  This is a great example of ‘Shakespeare using the historical record as a smörgåsbord‘™ (my students will have heard this many times before – way past the point of giggling nervously) …

This play is hard to categorise, and certainly far more than a straight ‘History’. There’re grounds for it being a Tragedy, I think, and if that’s the case, then it is Hotspur’s Tragedy (Falstaff’s runs across three plays). Like so many of our tragic heroes, he’s introduced before he comes on stage, in a way that hints at his good qualities and his hamartic flaw. It happens elsewhere, for example, to Macbeth and Romeo; here we see Hotspur not only as ‘gallant’, ‘honourable’, and ‘sweet Fortune’s minion’, but proud and insubordinate, too. Easy prey for the envy not just of the king, but no doubt of Westmorland too. It’s a good opportunity for one noble to stick the knife in against some rivals – better still when they ought already to have been in the King’s good books, having gone some way to facilitating his triumph over Richard.  We’re getting all Tory Leadership again: sorry, not sorry!

Notably, it’s not those Welsh women that Henry postpones his jaunt over to Jerusalem for. He needs to put Hotspur back in his place. Perhaps he sees this princely upstart as more of a threat than Glendower … if not to his own reign, then perhaps to that of his wastrel son.  It’s all about keeping the dynasty in power, in the end …

NOTE: Today’s piece, if my students are (still) reading, is what I advise them NOT to do in exams. It’s pure, emotional, ‘reader response’, discussing the characters as if they were real people, not constructs. This is what happens when you really get into a work. It’s fine for this read-through, but not for class, people.